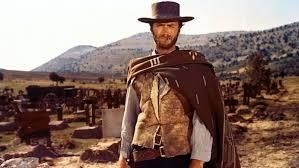 The Good, the Bad, and the Ugly

The Good, the Bad, and the Ugly

The title of the Clint Eastwood movie, “The Good, the Bad and the Ugly” pretty well sums up what is happening right now in the markets. Since the end of September, the US stock market has experienced a correction, which is a decline of 10% or more from its peak reached earlier in the year and is now off 5.7% year-to-date. As we penned in September, “It’s impossible to predict the future but expecting dips in the coming months … is likely a safe bet.” However, we didn’t expect the dips to come quite so soon. Nevertheless, corrections and volatility are part of a normal functioning stock market even though it isn’t very pleasant when volatility occurs.

The Good: Let’s start with the good. Stock market aside, the US economy is doing quite well. Consumer spending is healthy, unemployment is at multi-decade lows, corporate profits are growing, businesses are expanding, and debt overall is still on the cheaper side of history. So all in all, the economy is fairly strong.

Over the longer-run, stock prices should rise at a pace that is similar to the rate of earnings growth. From 1926 through 2017, the S&P 500 Index posted average annual growth of approximately 10%, according to Duff & Phelps. At the same time earnings were growing at a rate of approximately 8%, while an average dividend yield of about 2% accounted for the remainder. Fast forward to today and earnings are expected to continue expanding into next year, albeit at a slightly slower pace than in 2018. We are still of the opinion that the economy and market have more room to run even though we are in the late innings of an economic expansion.

The Bad: There are always economic and political issues floating around that cause investors angst. For instance, there is the potential for a full-scale trade war between the US and China weighing on the markets. The Federal Reserve is actively tightening monetary policy, which some fear will push the economy over into a recession. And Brexit uncertainty isn’t helping the international markets.

In the short-run, these appear to be larger than life risks to an aging bull market. But in the longer-run, the markets are driven by profits. Benjamin Graham had a great saying, “In the short-term, the market is a voting machine but in the long-term it is a weighing machine.” We still believe that maxim holds true today.

The Ugly: What’s peculiar about 2018 is that nearly every asset class has generated negative returns for the year. US stocks are down. Global stocks have fared even worse with the stronger dollar and uncertainty around tariffs and Brexit. Bonds are off slightly given rising interest rates. Even gold is negative, which is supposed to act as a ballast for volatility. This is a year where the best performing asset class has been money-market. Every several years, we get a mediocre one in the markets. And it looks like 2018 is going to be that year after two strong ones in 2016 and 2017.

The best thing to do in years such as these is to not let volatility change your investment strategy. As a swift change of course could have a catastrophic effect on your longer-term investing success. Our goal is to effectively communicate through the market's ups and downs. But please reach out if you are feeling uneasy about the markets and/or your situation.